Hypnotherapy is a method of inducing a trance or a dream-like state of deep relaxation to treat disorders of a mainly psychological or emotional origin. It has been practised in various forms for thousands of years by many cultures including Druid, Celtic and Egyptian. In the 19th and 20th centuries, hypnosis (or ‘mesmerism’) was seen more a sideshow curiosity than a valid medical treatment.

Today, hypnosis is recognised by the scientific community as an effective healing tool.

The brain has different levels of consciousness, or awareness, ranging from fully alert to drowsy to fully asleep, with variations in between. Hypnotic states occur naturally and spontaneously.

Everyday examples include:
Daydreaming
Being absorbed in a pleasant task and losing track of time
Doing a mundane task (such as washing the dishes) while thinking about something else, to the degree that you can’t actually remember performing the task
Getting lulled into a dreamy state by boredom, for example, when listening to a dull speech.
Clinical hypnosis deliberately induces this kind of relaxed state of awareness. Once the mind is in a relaxed state, any therapeutic suggestions can have effect on attitudes, perceptions and behaviours. The way that this occurs isn’t fully understood. Some researchers believe that hypnosis promotes particular brain wave activity that allows the mind to take in and adopt new ideas, while others suggest that hypnosis accesses the ‘unconscious mind’, which is more open to new ideas than the rational ‘conscious mind’.
Hypnosis – you are in control

Suggestions may be taken in, but only if those suggestions are acceptable to the hypnotised person. Contrary to popular belief, you can’t be hypnotised into doing things against your will. You can’t be forced into a hypnotic state either. Instead, you allow yourself to be hypnotised. It is a voluntary altering of your own consciousness, and you are always in control. In other words, you are hypnotising yourself.

Hypnosis should be avoided if you are suffering from:
Severe depression
Psychosis
Chronic pain that has not been investigated and diagnosed by a qualified doctor. 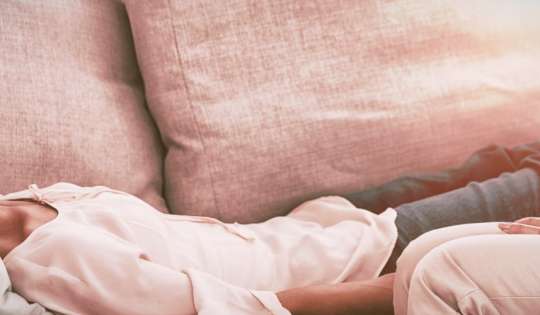